We originally planned to retire this section with the start of 2013, but have received a couple of requests for it since. In the interests of dedicating our time and efforts to topics/segments that our readers wish to read, we’re holding a poll. If we have 50 or more interested readers, we’ll start up this section again! Please vote! You may also wish to let us know which topics/areas you would like us to cover in the near future.

We’ve been expecting the government to trot out another round of cooling measures, as I mused on Facebook just hours before the official announcements came out. Prices have continued to defy gravity despite the 6 earlier rounds of cooling, and the recent ruckus over $2M Executive Condos had also alerted Minister Khaw to the need to bring developers back in line with the original mission statement behind Executive Condos.

Still, the 7th round of cooling measures does stand out amongst its predecessors as the broadest spectrum of cooling measures we have seen, affecting both private and public housing, as well as the industrial property market. The measures have drawn a mixed response, ranging from fiery profanities from property agents concerned about their rice bowl, to mild jubilation from Singaporean first-home buyers (and more cursing and swearing from PR buyers yet to secure a home.)

On the whole, I agree with the government’s decisive move this round. The market, jaded by countless rounds of “cooling” measures, has reached a stage where anything less than draconian simply won’t cut it. However, I question whether the ABSD measures introduced will truly serve the interests of those they are seeking to protect -the Singaporean first-time home buyer. Today’s post shall be focused mostly on the ABSD hike and its repercussions.

END_OF_DOCUMENT_TOKEN_TO_BE_REPLACED

Below is the press release from URA regarding the new shock and awe cooling measure, starting 12 Jan 2013.

Additional Measure to Ensure a Stable and Sustainable Property Market

The Government announced today a comprehensive package of measures to cool the residential property market. It also introduced a Seller’s Stamp Duty on industrial properties for the first time, to discourage speculative activity in the industrial market.

The Government has implemented several rounds of measures to cool demand and expand supply, so as to moderate the increase in housing prices. While these measures have dampened speculative buying, the demand for residential property remains firm and prices have continued to rise.

END_OF_DOCUMENT_TOKEN_TO_BE_REPLACED

Here’s an update on what has happened since my post on the subject:

1. On 19 Dec, the offer documents were despatched to shareholders
2. On 26 Dec, SC Global’s IFA, PrimePartners Corporate Finance, released a statement to offer their opinion that the offer was fair and reasonable, being 15 – 20% discount to their calculated RNAV
3. On 30 Dec, Simon Cheong released a statement that he has no intention of raising the offer. As such, the Takeover Code forbids him from subsequently changing the offer.
4. In response to an analyst’s speculation that there may be a chance for the privatisation to go through with joint privatisation of Wheelock, the Board of SC Global released a statement affirming that there are no talks with Wheelock and that the Code forbids any such transaction.

Talk about throwing a spanner in the works! Well, now we know 2 things. The first is that $1.80 is the only game in town for now with no chance of increase. The second is that the privatisation will fail, assuming that Wheelock stick to their guns.
END_OF_DOCUMENT_TOKEN_TO_BE_REPLACED

Executive condomiums (“ECs”), in case you weren’t familiar with the term, are 99-year leasehold properties that are developed and sold by private developers within certain restrictions imposed by HDB. ECs have condo facilities such as pools, gym, etc.

To be eligible to purchase from the developer, buyers have to be Singaporean and the joint purchaser has to be Singaporean or PR, the buyers have to form a proper family nucleus, purchasers cannot own or dispose properties 30 months prior to application, buyers cannot earn more than $12,000 per month etc. Click here for the full requirements at the HDB website. Eligible direct buyers are able to obtain housing grants from HDB.

Additionally, purchasers of units have to be the principal occupiers of the property for the first 5 years starting from the TOP of the project, meaning that they cannot sell the place or rent out the whole unit. From the 6th year from TOP, Singaporeans and PRs can buy resale without restrictions. From the 11th year onwards, foreigners can buy without restrictions. Buyers of resale ECs are not eligible for HDB subsidies. From the 6th year onwards, the whole unit can be rented out.

In other words, ECs are condos that are meant for own-stay buyers who intend to stay there for at least 5 years. After that, they can pretty much sell it as a private condo (subject to citizenship restrictions).
END_OF_DOCUMENT_TOKEN_TO_BE_REPLACED

Straying slightly away from straight property market commentary, I’d like to weigh in on Simon Cheong’s bid to take SC Global private. For those who haven’t been paying attention to the news, here are the terms of the offer:

Reasons given for privatisation were the usual generic few: low liquidity, no requirement for market access, management flexibility and savings on listing costs.
END_OF_DOCUMENT_TOKEN_TO_BE_REPLACED

I was admittedly shocked when I first caught wind of this particular deal – an option inked at $1.75M thereabouts for a 2-storey landed home in Upper Bukit Timah. Making a fuss over nothing? The house was situated upon approximately 3,300 square foot of land, with a balance lease of roughly 38 years. That’s akin to $3,800 per month in rent for 38 years, paid upfront!

To my mind it was no longer just a single quirky home-buyer but 23 developers, a trend appeared to be developing! My interest in shorter leaseholds was piqued. Was there something I was missing?

If you’ve been reading our blog from the beginning, you’ll know that while I do favour leasehold properties for cashflow purposes, I generally shy away from anything with less than 60 years balance lease. For one, most banks require at least 30 years remaining lease on the property upon the expiry of the loan tenure – this means that you can take a 30 year loan on a 60-year leasehold, but only a 27-year loan if you wish to re-finance the loan 3 years down the loan, with the maximum loan tenure diminishing with each passing year. Evidently, banks consider such properties risky, unattractive collateral, and I certainly don’t argue with that view.

END_OF_DOCUMENT_TOKEN_TO_BE_REPLACED

Let’s start by grouping the considerations/strategies into those that come into play at point-of-purchase, and those that can be initiated a little later down the line:-

Purchasing Your Rental Unit – Beyond PSF

Obviously when selecting property for investment, location is key. How well-connected a development is to transportation networks, amenities, schools etc and how popular the neighbourhood is with the expat crowd. (Since Singapore has one of the highest rates of home-ownership thanks to HDB, local renters form an almost insignificant component of rental demand.) URA will also provide you with plenty of rental and sale transaction data to help you determine the expected rental yield of a particular property. But as I often urge my clients and readers, let’s delve a little deeper than pure per-square-foot data.

The beauty of property investment is that it’s part science, part art. The art is in picking up the non-tangible elements of a development, the things that won’t be reflected in URA’s statistics. Let’s do a quick little case study – take One Devonshire, a relatively new 152-unit development right behind Somerset MRT.

END_OF_DOCUMENT_TOKEN_TO_BE_REPLACED 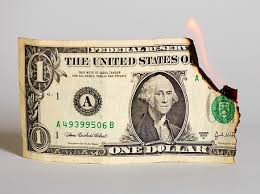 Something’s been bothering me. I keep hearing people blaming rising housing prices on truckloads of hot money coming into Singapore and blowing bubbles into the property market, and how the property market will subsequently implode when the funds inevitably leave.
END_OF_DOCUMENT_TOKEN_TO_BE_REPLACED

Set atop Holland Hill, my first grouse was that vehicular access was only via Farrer Road, from the Queensway side, however my grumbles were soon forgotten once I reached the sprawling 246,000 square foot grounds.

You’ll notice the difference from the minute you hit the driveway, firstly the concierge front-desk to the left as you enter. A concept first made popular by SC Global with their flagship project The Marq, it’s now practically a standard for all luxury developments around the Orchard area, but something considerably rarer in the Holland area. Secondly, the basement carpark – 273 parking lots for 248 apartments – each generously-sized, and no narrow, awkward corners where you might scratch your beloved vehicle. The basement carpark is also unlike your usual depressingly dark and stuffy basement carpark. It actually feels rather bright and breezy thanks to good ventilation, and the modern sculptures placed at various spots are a welcome touch, breaking up the monotony of a space more known for function than form.
END_OF_DOCUMENT_TOKEN_TO_BE_REPLACED